☝️That's Ryan. He's moving over to Votacall's Solutions Group after working in operations for the past several years. In his new role as a PM, he'll be responsible for onboarding new customers and making sure their experience is as smooth as possible. He took some time to tell us how he got here, and what he's looking forward to.

Can you tell us a bit about how you got to Votacall?

Ryan: About 7 years ago, I was a year out of college and still working at a job I held through high school and college. I was looking for a job in the business world to compliment my degree in Finance. Votacall had a position open on their CORE Team, and I applied for it. I ended up interviewing with 2 people; the Director of Operations and then the Director of Solutions. At the time, I had no idea I would end up working for both of them during my time at Votacall. I got my first “office job” and I was just psyched to start.

What has your role been/what does your day-to-day look like?

Ryan: When I first started, I was a Client Service Advisor, so I was mostly involved with scheduling, ordering equipment and handling customer inquiries. I moved up to Account Manager after about a year and a half, and I was given more responsibilities when it came to assisting the Sales Reps with their deals and after market sales. An Account Manager has more daily responsibility, but it made my work day a lot more planned out and manageable.

What was your favorite part of being a CORE member?

Ryan: I would have to say my favorite part of being a CORE member was the camaraderie within the team. We root for each other and share together in our successes. We also used mistakes and failures as a learning opportunity to improve. We fed off of each other’s energy and our inside jokes could last months or years. We worked together seamlessly and would sometimes not even need to talk to know what the other was doing!

Congrats on the new gig! Why were you interested in changing roles?

Ryan: Thanks! For me, it was about personal and professional growth. In the past year, I have had a ton of exposure with the cloud side of Votacall and it made me want to know more about how phones and the cloud work together. I took an online course and used many internal resources at Votacall who were more than happy to break things down for me. I am very appreciative of the team members who have helped me along the way.

How do you think the work you've done in CORE will help with the transition to being a PM?

Ryan: Throughout my time with the Core Team, we have made many changes to our process over the years and we have adapted to those changes. I hope I can bring that adaptability with me over to Solutions, as a fresh set of eyes to their process that can hopefully assist them with becoming better. “Adapt, React, Redapt, Apt.” 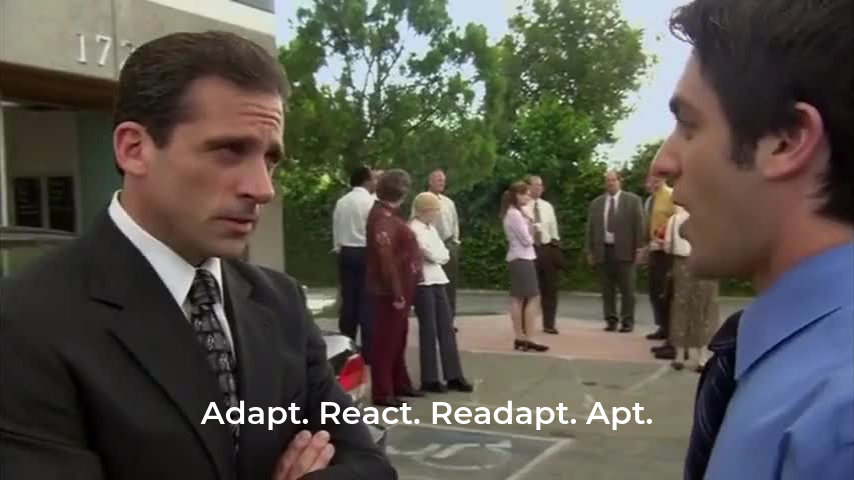 If you had to pick one major lesson you've learned in your time at Votacall, what would it be?

Ryan: This is an EASY one for me to answer – Never be afraid to ask for help. I used to be the type to not ask for help when I needed it, and I would end up drowning in whatever I was struggling with. Now, I have realized it’s better to ask for help, and gain knowledge from someone else. One thing about Votacall that I think the Team would agree with is that there's an atmosphere that allows people to ask for help and learn from their mistakes. Everyone in any department is more than willing to take the time to help you out and make you stronger.

Previous Story
← Build Your Collaboration Skills and Become A Kick-Ass Teammate
Next Story
Having One Of Those Days? Here's 3 Productivity Hacks To Get You Back On Track →